> ABOUT US> SCIENTIFIC COMMITTEE

Resolution and regulation of the Scientific Committee

On 8 October 2019, the Scientific Committee of the Association I am not afraid of the wolf was established by resolution of the Board of Directors.
The Scientific Committee exercises exclusively consultative functions on all scientific, deontological and research subjects in line with the statutory purposes of the Association, it can be composed of naturalists, biologists, zoologists, any personalities distinguished for their professional skills in the scientific sector and more specifically in the naturalistic, environmental and fauna. 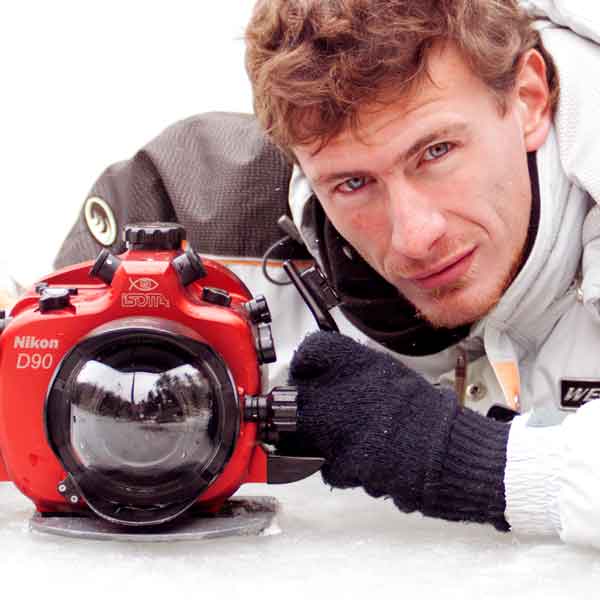 Naturalist, photographer and scientific popularizer
Born in 1988, he has been interested in nature since his senses allow him to.
He took his first steps in the field of nature photography in 1999, and photographed for many years on slides, before converting, belatedly, to digital.
AIGAE Environmental Guide and scuba diving instructor, he graduated from the University of Milan in Natural Sciences with two herpetology theses.
His photos, scientific and popular articles have been published in various sector magazines, and in 2007 he discovered a new species of spider in Sardinia.
He is the author and coauthor of identification and photographic books, as well as numerous exhibitions, projections and conferences, and he is a teacher in nature photography courses.
Several of his photos have won or received special mentions in international competitions, including Wildlife Photographer of the Year, Festival Mondial de l'Image Sous-Marine, Asferico, GDT European Wildlife Photographer of the Year.
He is currently a scientific consultant for the Rai3 GEO program of which he is a regular guest.
He believes that curiosity and passion, in addition to due respect for natural environments, are the engine that must move every human being; in spite of himself, he often notes how Murphy's law is applied by brush to nature photography activities ...
A selection of his shots can be viewed at www.calosoma.it 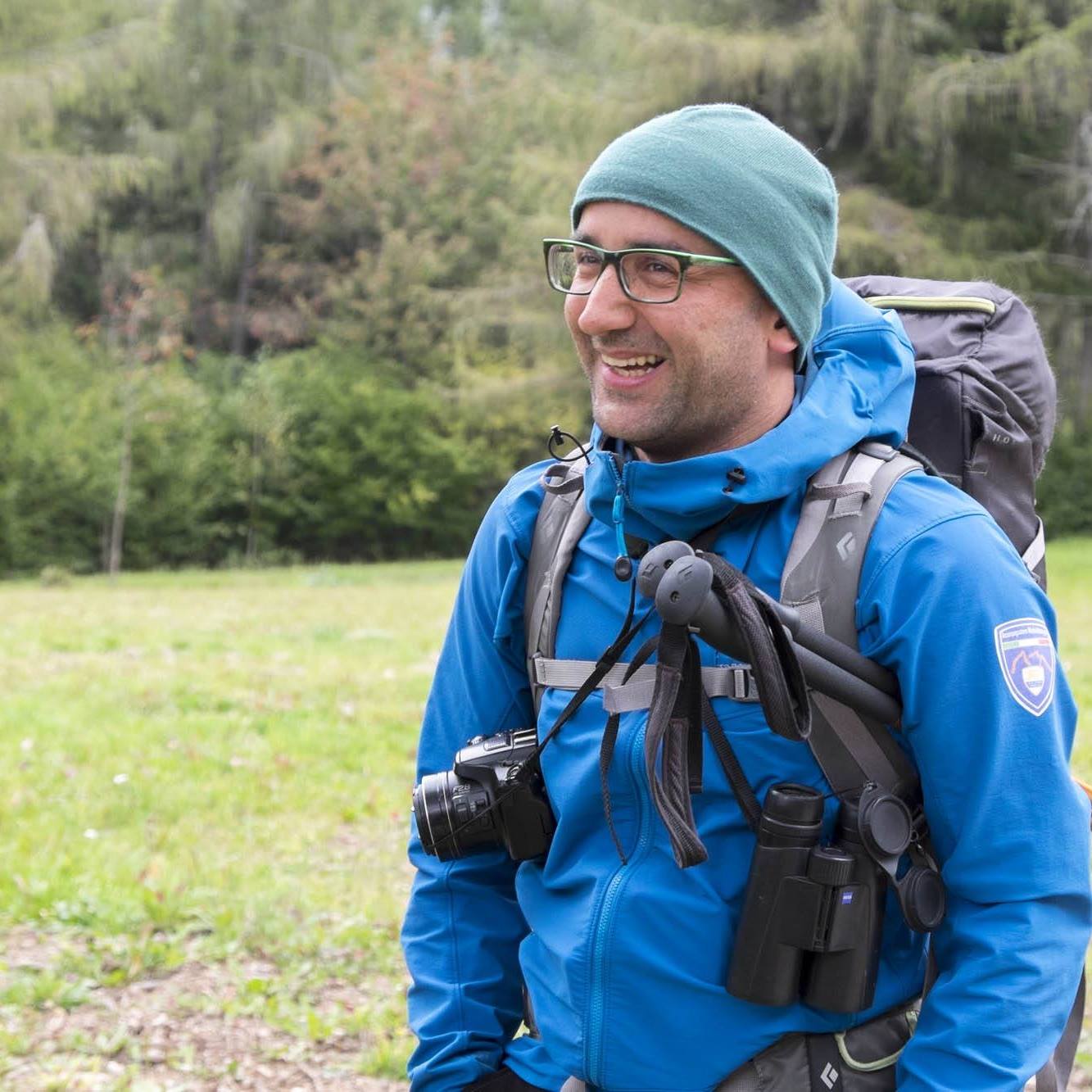 Originally from S. Martino di Lupari (PD), a town that recalls the ancient battle of man against the wolf in both the name and the municipal emblem, after graduating in Biological Sciences he moved to Trentino, where he has been working as a wildlife technician since 2003. at the Associazione Cacciatori Trentini, collaborating in the monitoring of large carnivores.
He also holds a Bachelor's Degree in Science and Technology for Nature and a University Master's Degree in Wildlife Administration and Management at the Cà Foscari University of Venice.
Linked by personal interests to the wolf species, in recent years he has been closely following the return of the species in the north-east of the Alps, particularly in terms of monitoring and population dynamics, collaborating on a voluntary basis with the Veneto Region.
He is part of the Grandi Carnivori Group of the CAI and is a Medium Mountain Accompanist of the Collegio Alpine Guides of Veneto: in both cases this allows him to train / inform many people on the themes of large carnivores and in particular on the natural return of the wolf to the north. East. 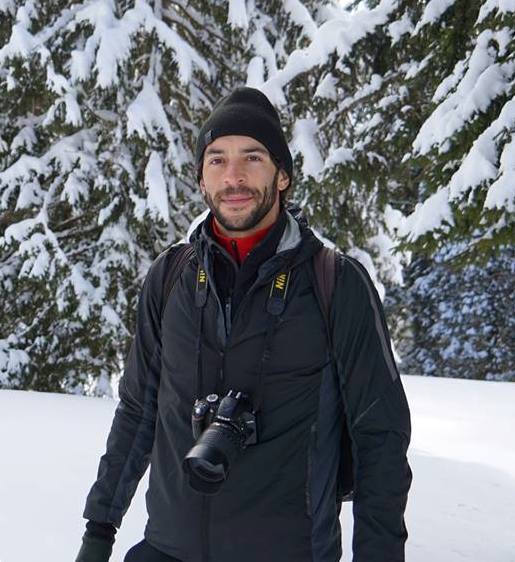 Since he was a child passionate about nature and fauna, he obtained a degree in Natural Sciences at the University of Parma with a thesis on the spatial behavior of the Deer, an opportunity to open a window on large mammals and on data monitoring and processing techniques.
He carries out the activity of Voluntary Ecological Guard and works as a freelancer, ranging from wildlife monitoring to environmental consultancy, from specialist teaching to school and non-school environmental education, to accompanying groups in nature.
He has obtained the professional qualification of Environmental Technician, that of Faunistic Technician and that of Environmental Hiking Guide, as well as various qualifications (faunal censuses, first aid to fauna in difficulty).
Part-time employee of the Emilia Western Park Authority, he works within the Conservation, Research and Monitoring Service. 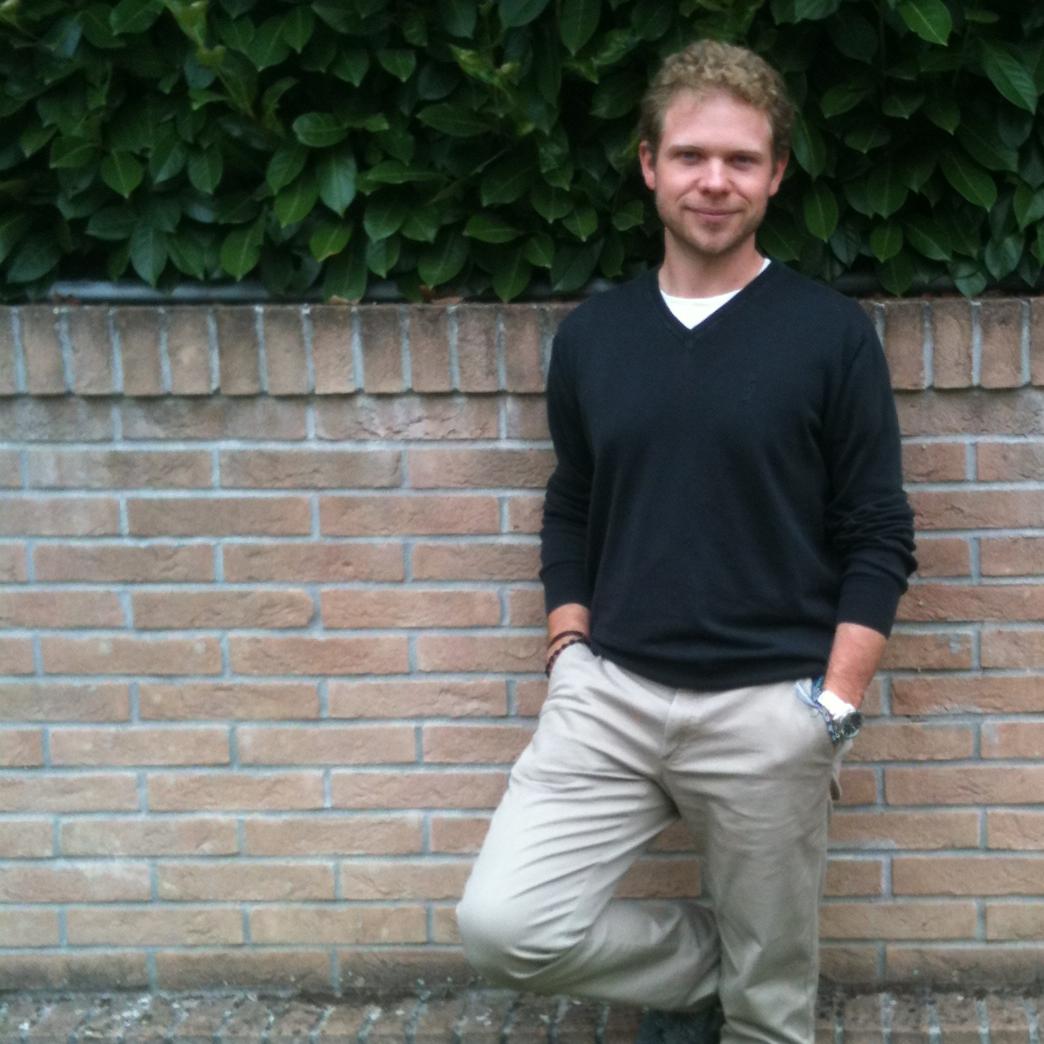 PhD in Biodiversity and Evolution at the University of Bologna, he has been a research collaborator in ISPRA (Superior Institute for Environmental Protection and Research) and has been studying the wolf in Italy and worldwide for over twelve years.
He has to his credit dozens of scientific articles for international journals and is now Head of Species and Habitat of WWF Italy.

Support our cause, become an active part in wolf protection in Italy. AssociatesMake a donation

All photographs are property
of the respective authors.

To stay up to date on all our activities.