The journey of the wolf 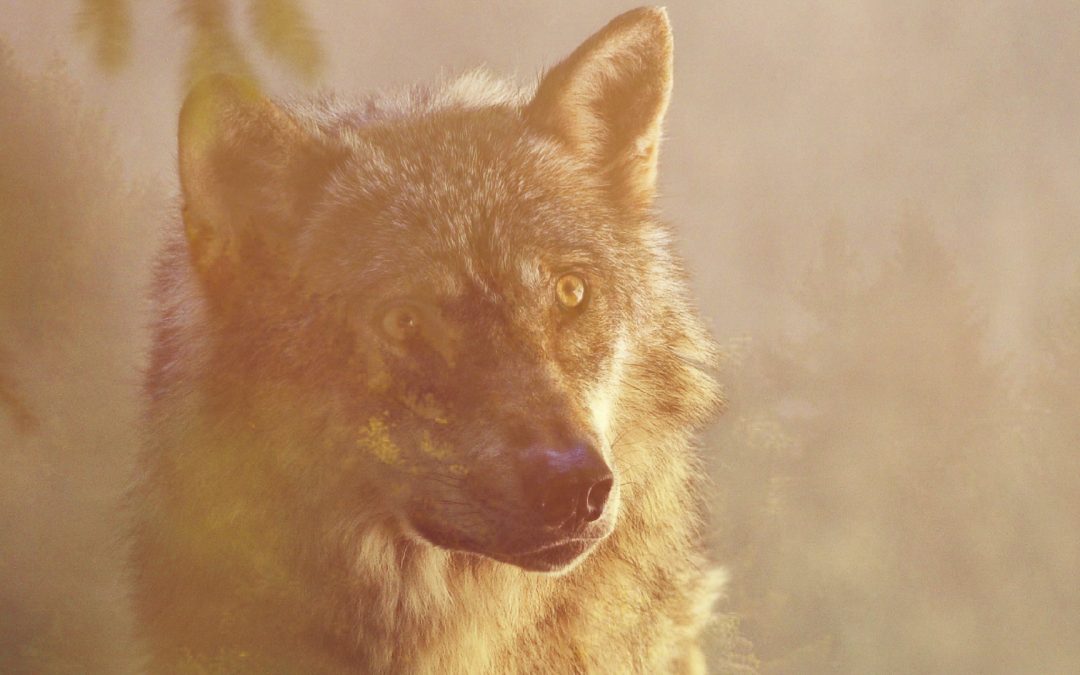 In Italy, during the first half of the 70s, the Apennine wolf was an almost extinct animal: a small nucleus survived in the central Apennines feeding mainly on garbage in landfills, due to the strong lack of wild prey.

In the following years, various scientific studies, together with an increasingly widespread environmental awareness, favored the inclusion of the wolf among the protected species at the legislative level, thus safeguarding the predator from a ruthless hunting, caused mainly by its conflict with breeding activities. .
In the following decades, thanks to this protection and the great expansion of its preys such as wild boar and roe deer, the wolf, starting from the central Apennines, gradually resumed its spaces through that ecological corridor represented by the Apennine ridge and its connection with the Alps West.
This natural process of dispersal has thus allowed the wolf to slowly resume its spaces on the Alpine arc, where today there are between 150 and 250 specimens.
The return of the wolf to the area is not immune from problems, however, because, due to predations on farm animals, the wolf generates a strong social conflict.
Furthermore, the Alps are a much more man-made territory than the vast "wild" areas in the Apennines, therefore the clash with human activities is inevitable, which in these territories, in the last hundred years has practically forgotten what it means to live with predators such as wolves and bears. In the Eastern Alps this conflict is particularly marked, as the wolf, present in 2012 only in Lessinia, an area near Verona on the border between Veneto and Trentino, has expanded towards the East in a decisive manner, bringing in 24 months the flocks surveyed from 2 to 10, divided between the Veneto region, Trentino-Alto-Adige and Friuli Venezia Giulia.
This has favored a media explosion, which quickly led to a real "wolf war" that is being carried out, mainly by TV and local newspapers. The purpose of this "war on the wolf" is to denigrate the predator, instigating fears and conveying false information in the population who, from one day to the next, thinks they must live with a dangerous and bloodthirsty animal ready to feed on anything move, humans included.
In this context, it has unfortunately become normal to witness daily the spread of false news such as those on "wolves reintroduced by animal rights activists", "too close to homes", "ruthless tearers", "dangerous for humans" and even "child eaters" .
We are therefore experiencing a crucial period for the acceptance of the wolf, considering that in the Eastern Alps, between Veneto and Trentino-Alto Adige, the wolf is probably currently experiencing the most important expansionist phase in Europe, and the acceptance of its Return is continually undermined by incorrect information which, directly, end up damaging the conservation of the species, endangering the life of the most important predator of our forests.
In this context, our association "I am not afraid of the wolf" has understood the importance of communication on the great predator, very often linked to a purely scientific world and distant from ordinary people, who, in the absence of anything else, have finished to inquire only through the local media thus assimilating incorrect information.
The association has therefore worked hard, not only making the data of its monitoring work public, but actively responding to media attacks, through a dense communication campaign and with many field activities that involved hundreds of participants, trying to return to the wolf a correct, balanced and scientifically proven image, promoting the use of livestock protection means, useful for coexistence with the wolf in the areas at risk.
Thanks to the success of these initiatives, the association has thus decided to bring its communication activities to the field, in order to make a real "journey", which follows that of the wolf, a great walker with his natural process of dispersion, in what we have renamed "The Journey of the Wolf", thus actively responding to this growing disinformation with a series of communication initiatives, acting in those areas where the wolf has returned, and where it is absolutely important to encourage acceptance of the great predator. 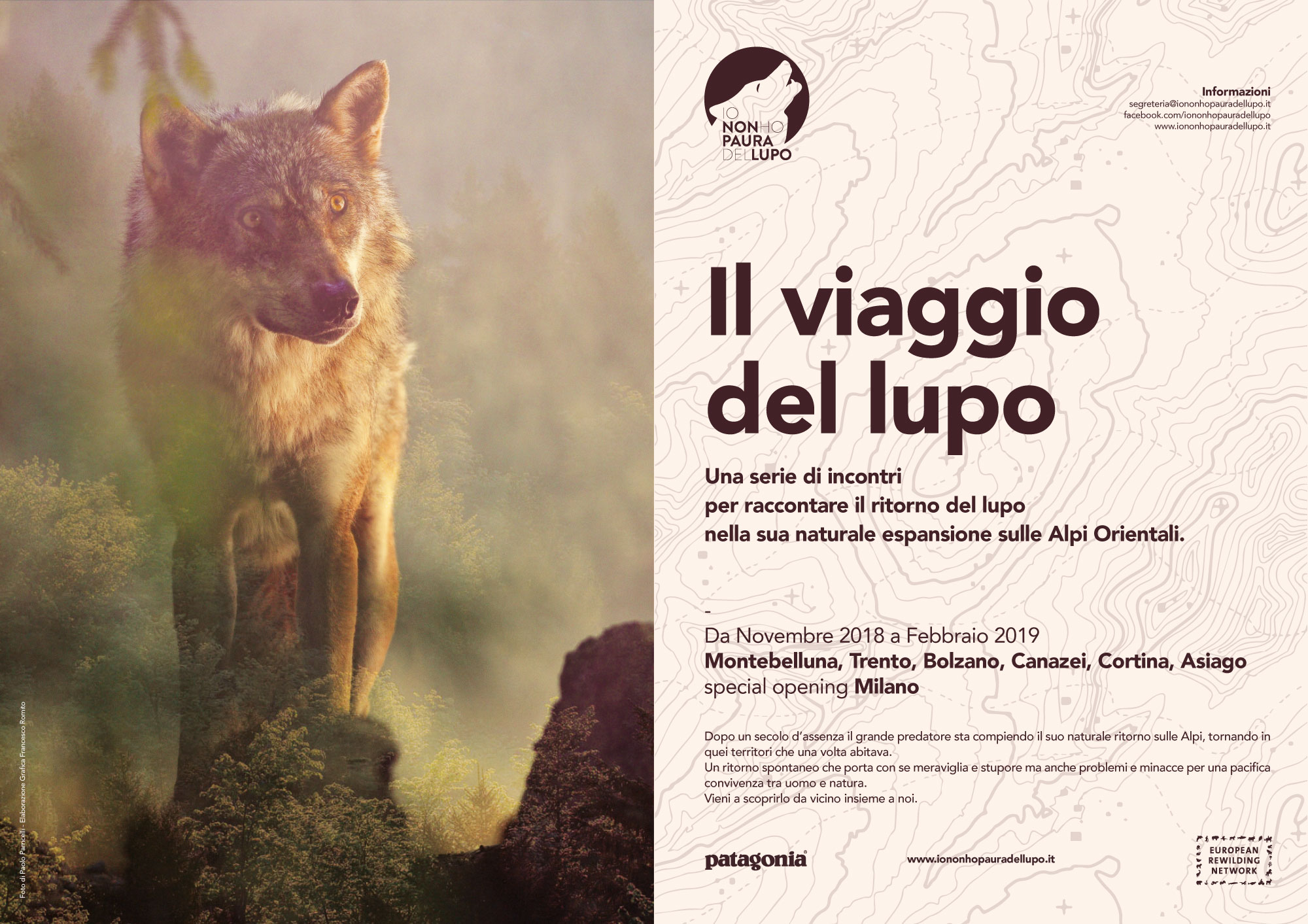 The first initiative of the project is to organize events open to the public in 6 cities that have been chosen, in a hypothetical ring route, as important centers in territories where the wolf has just returned, united by a strong social conflict , and where disparaging campaigns are under way on TV and in the press.
The cities selected are Bolzano and Trento, among the most important towns in the Alps, always a crossroads for tourists and enthusiasts, as well as active citizens of the mountains.
Montebelluna, an important center on the border between the mountains and the plains, adjacent to the territory of Monte Grappa, where a new herd has been present for about a year and where local information has always been red-hot towards the predator.
Asiago, Cortina d'Ampezzo and Canazei, which represent three tourist locations, where the presence of the wolf is ascertained, and where it is necessary to intervene to inform correctly.
There will also be an official presentation event in Milan. "The journey of the wolf" will therefore consist of a series of free and open to the public meetings, lasting 90 minutes plus eventual opening to participants' questions, where the "I am not afraid of the wolf" team will tell the wolf and, with the help of exclusive images collected in the last years of work in the field, it will tell the ethology and debunk the most widespread beliefs in order to return a correct and balanced image that reflects that of a wild animal with great charm, but which needs to be better known. The project provides, in order to immediately measure the feedback of the participants, the delivery of a questionnaire to be completed on site at the end of the event.
The purpose of the questionnaire is to evaluate, through targeted questions, the formative effectiveness of the meeting, with clear references and questions that tend to find out how this has changed the perception of the wolf, with respect to the user's previous beliefs.
In this way, it will be possible to evaluate, not only the information effectiveness of the events, but it will be possible to obtain, on a small scale, a data on the perception of the predator in the Alpine territory.
In conclusion, the whole project involves the development of a communication campaign, through the production of promotional material, and in particular a coordinated graphics project common to the whole project. This is "The journey of the wolf", which we hope will actively contribute to safeguarding the great predator by promoting its coexistence with human activities.
-
Information and dates
facebook.com/iononhopauradellupo
An event created thanks to the contribution of Patagonia