Wolves preying on dogs: understanding the phenomenon and how to behave 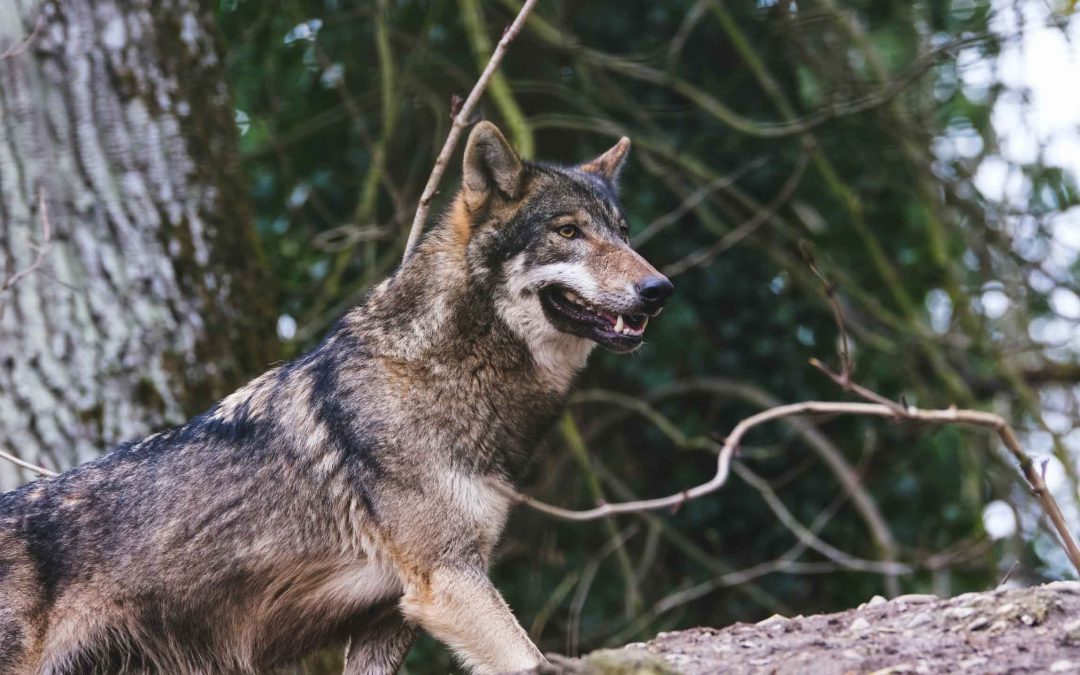 During the last few days there have been several news regarding possible killings by wolves against dogs, but in reality this phenomenon is nothing new in our country: for many years, in those regions where the wolf is present for decades, such as Emilia Romagna or Tuscany, there have been numerous episodes against domestic dogs.

In the Alpine area, where the wolf has returned in more recent times, these news create even more noise, frightening public opinion in the grip of a new phenomenon that needs to be fully understood.
In light of these unpleasant episodes, we therefore believe it is necessary to offer some useful information that can help all citizens, dog owners, hunters and all those who frequent or live in areas where the wolf is present, to manage their companions peacefully and safely. on all fours.

To better understand the subtle and complex relationship between dog and wolf, it is first of all necessary to specify that generally dogs are not among the usual prey of the wolf, but are rather "competitors", rivals who could steal precious resources from the wolf.

This means that a meeting between wolves and dogs does not always necessarily end badly: sometimes the wolf can decide to face the dog and eat it, as well as to escape from this possible threat or to implement a vast pattern of behaviors that we humans often have. difficulty deciphering.
There are many factors that can influence these choices, for example the number of dogs and wolves present during a meeting, as well as the need, both for the wolf and for the dog, to defend a possible source of food.
However, it is important not to minimize the problem, as in the past there have been cases in which individual wolves or entire families have actively tried to prey on and consume dogs. as happened between 2014 and 2015 during wild boar hunts in Val Taro, Parma Apennines.
Despite this known and repeated episode, however, it can be said that, generically, the dog today in Italy is not one of the usual prey of the wolf.

To better understand what has been stated, let's try to think of the thousands of dogs that are used every year for hunting or the massive presence of wandering and stray dogs, especially in the central and southern areas of the country: if the wolf saw these as prey, we might speculate that the estimate of more than 500.000 stray dogs in 2019 is expected to see a rapid decline across the country.
Also considering that in Italy an estimated 500.000 hunters and that dogs are used for many types of hunting practiced, we do not know that these are massively preyed upon or systematically attacked.
In other countries, such as those of Eastern Europe, where the possible predation on dogs has been known for some time, hunters to minimize the risk of wolf attacks on their auxiliaries practice a type of hunting with "short" dogs, that is very close to the handlers, in order to limit the interactions between dogs and wolves thanks to the human presence, the best deterrent to keep the wolf away from the dog.

Analyzing this problem in depth, it is also necessary to evaluate two other really important aspects that affect both directly and indirectly on possible attacks: the control of one's dog and the possible presence of food resources, elements that favor the approach of wolves to human settlements, increasing thus exponentially the possibilities of encounters.
We should start from the assumption that, as the law says, dogs, except for working dogs, must always be led on a leash, but we also know that generally, especially in natural contexts, this does not happen and many dog ​​owners leave them free to move.
We must remember that the free dog, following his own instinct, very often moves away from the owner, thus exerting a strong disturbance and a threat to all wildlife and to himself.

For this it will be necessary to review one's habits, even those learned in times when the wolf was no longer present in our area: only by carefully managing our dog, without letting him free to roam both during the day and at night, and by acting responsibly towards him, the chances of any type of accident will be minimized.

Furthermore, we must never forget that the wolf, apart from rare occasions, is afraid of man, as years of direct persecution have fixed in the wolf population a great fear of us: the chances that a wolf can attack a human are so low that they cannot be calculated, for this reason lead our dogs to the leash, or at least under our direct control, is the best way to keep our dog safe and continue to carry out our activities regardless of the presence of the wolf in the area.

Today, however, we are witnessing new situations that must be carefully monitored: the natural expansion of the wolf and its prey, as well as the saturation of the areas most suited to the presence of the predator, is favoring the settlement of wolves even near highly populated areas. . In these areas, food or man-made waste is often the cause of encounters between dogs and wolves.

There are many examples that could be done: large stables and the disposal of fetal cages, dead animals abandoned in dunghill, real pantries in the open, incorrectly managed slaughterhouse waste, food left at the disposal of dogs and cats by private individuals in places accessible to wolves, feline colonies, waste not disposed of correctly and often left out of the bins. All these elements and many others represent food sources that can attract wolves and other wild animals as well, as in the recent cases of wild boars in some large cities. 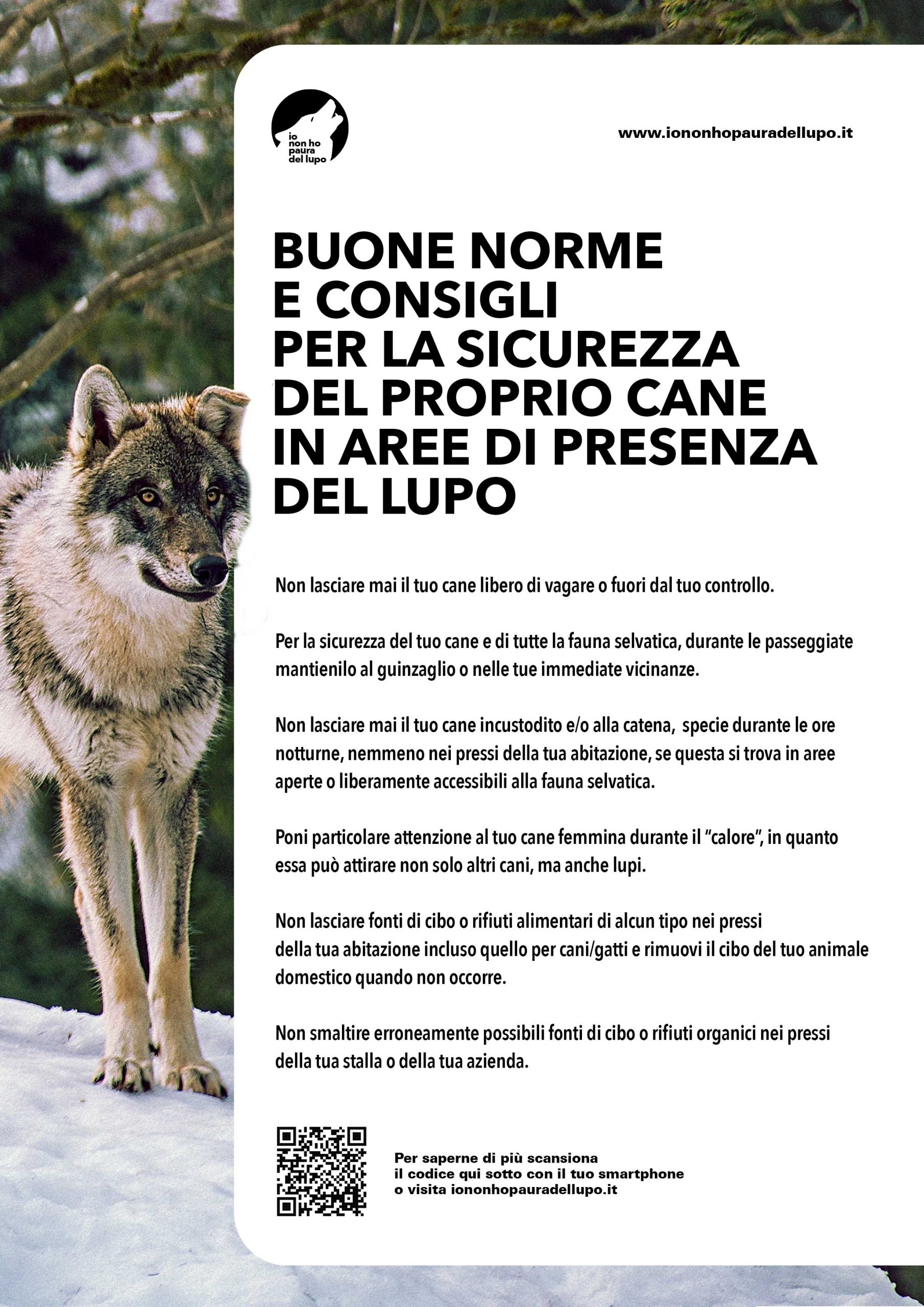 Furthermore, in the more populated areas occupied by wolves, the possibility of meeting dogs and cats increases exponentially and wolves can also learn to actively prey on them, especially when they are not adequately guarded: our pets, especially at night, must be hospitalized in places or structures not accessible to wolves and at the same time possible food resources such as waste, waste and pet food available nearby must not be left, just to avoid attracting them.

In conclusion, as far as is known today, wolves do not represent a potential threat to humans but can sometimes be a problem for our dogs: keep them on a leash, avoid leaving them tied to a chain or not properly guarded, especially at night, taking them out under our control and absolutely avoiding letting them wander alone and at considerable distances minimizes the chances that the wolf can injure or kill your dog.

These good practices, in addition to being almost always included in the provisions of the law, are the best way to keep our pets safe.